Schalke have completed the signing of defender Jean-Clair Todibo on loan from Barcelona.

The Frenchman has moved to the Bundesliga club until the end of the season, and Schalke have the option to buy him in the summer for £21million (€25m).

Additionally, the Bundesliga club have paid a £1.3m (€1.5m) loan fee to Barca, who have inserted a buy-back clause of £42m (€50m) in the deal, should a permanent move be completed.

Jean-Clair Todibo, 20, has moved to Schakle on loan for the remainder of the season 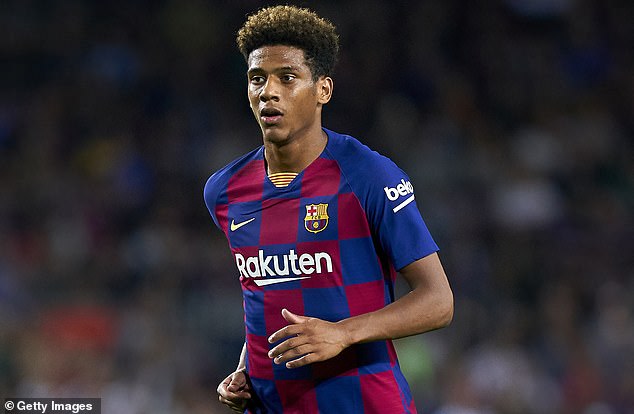 Todibo signed for Barcelona in January 2019 after a long-running contract disagreement with Ligue 1 side Toulouse.

The 20-yer-old has only made four La Liga appearances for Barcelona, and new manager Quique Setien has sent Todibo on-loan to Germany, where he joins fellow Barca defender Juan Miranda as a loanee at Schalke.

He had previously been linked with AC Milan, Bayer Leverkusen and Manchester United but it is Gelsenkirchen where he will develop for at least the next six months.