By Harry Slavin For Mailonline

The Denmark international looks set to leave the north London club this month, with just six months left on his current deal.

Inter have seen their initial bid of £10.5million rejected by the Premier League side, who are holding out for a fee closer to £20m.

However, according to the Mirror, Paris Saint-Germain are ready to rival the Serie A side for the 27-year-old’s signature.

They report that the Ligue 1 champions have been monitoring talks between the two and are encouraged by the low numbers surrounding the deal.

With Eriksen having just six months left on his contract, the French side are free to approach the player directly, too.

The former Ajax man has been rumoured to be heading towards the Spurs exit door for some time and has turned down the chance to sign a new deal.

He intimated last summer that he was ready to ‘try something new’, though he was unable to secure a move away before the window closed. 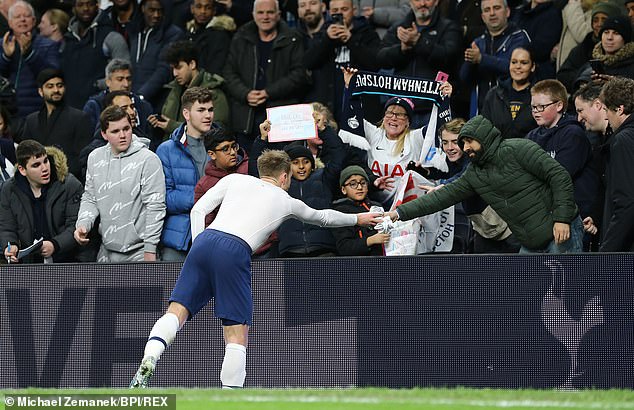 After the match, Jose Mourinho said of his player: ‘He played very well, very professional, which is what I expect from him.

‘If his decision is to leave I think he has to leave with his head up, if he gives everything which is what he tries to do for the team.’