Finally, the Bundesliga is back. After a month away the German top flight returns and it promises to be a fascinating weekend of action.

Not least down to the fact that talented Erling Braut Haaland is set to make his debut for Borussia Dortmund.

RB Leipzig lead the way at the summit but an exciting title race is in store for the remainder of the season. Here, Sportsmail looks ahead to the fixtures this weekend.

A big clash at the top of the table kicks off the Bundesliga action this year.

Victory for David Wagner’s side would see them move to within two points of their opponents, while Monchengladbach will be looking to pile the pressure on their title rivals.

It will be interesting to see what impact, if any, stripping goalkeeper Alexander Nubel of the captaincy will have on the hosts.

The 23-year-old will relinquish his duties as skipper after striking a deal to join Bayern Munich this summer.

Monchengladbach have been strong at the back – they’ve conceded the joint-lowest number of goals (18) – but need to score more to boost their title chances.

Marco Rose’s side have netted 33 goals in 17 matches but RB Leipzig, Bayern Munich and Borussia Dortmund have all scored more than 40.

Schalke have not won since December 15 while the visitors were held to a draw by Hertha Berlin before the winter break and so both will be eager to get back to winning ways.

It’ll be interesting to see what impact, if any, stripping Alexander Nubel of captaincy will have

The home side will be looking to extend their winning run to four games with a victory over ninth-placed Wolfsburg.

Cologne, in 15th, beat Bayer Leverkusen, Eintracht Frankfurt and Werder Bremen in the weeks leading up to the winter break.

The visitors will be looking to return to the form that saw them seal a 2-1 victory over Monchengladbach on December 15.

The hosts have conceded 32 goals in 17 games while Wolfsburg have a much tighter backline with just 18 goals against them after the same number of matches.

However goals have been in short supply for Wolfsburg – they have notched just 18 from 17 matches, the joint-lowest. 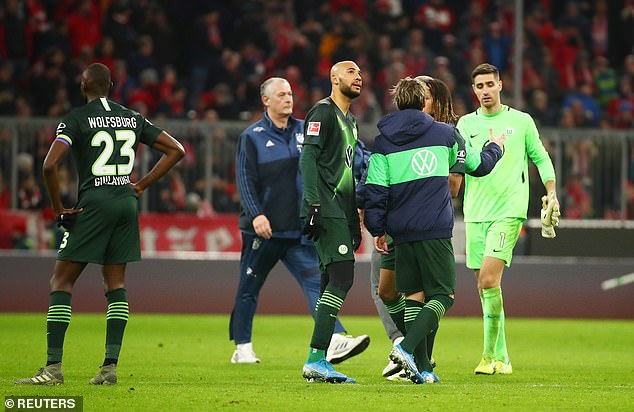 The WWK Arena provides the stage for the highly-anticipated debut of £18million starlet Haaland.

The 19-year-old caused a sensation by joining title challengers Borussia Dortmund just before the end of the year.

Dortmund believe they’ve finally found their new Robert Lewandowski to propel them to the Bundesliga title.

The visitors are seven points off league leaders RB Leipzig but this season’s title race is one of the most enthralling yet.

Nine points separate the top six and Dortmund have added firepower to an already frightening attack. Haaland is expected to form a front three alongside Jadon Sancho and Marco Reus.

Augsburg have not been goal-shy this campaign with Florian Niederlechner notching eight as they sit 10th in the league standings.

Will Haaland will be the key to Dortmund ending Bayern’s dominance? He will be keen to hit the ground running. Watch out Augsburg. 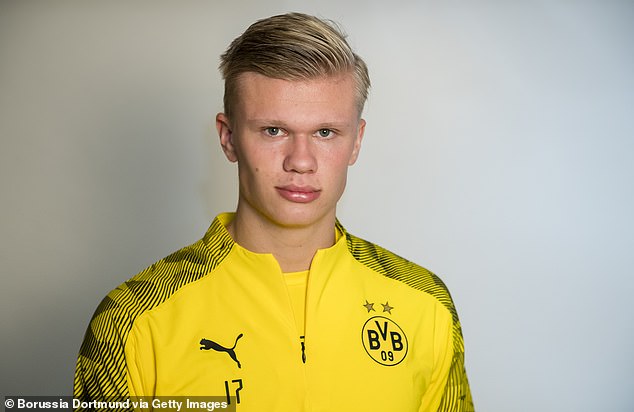 Is it too early to be speaking about six-pointers? Possibly, but there’s no doubt this meeting of two relegation-threatened sides on Saturday carries plenty of significance.

Fortuna Dusseldorf clambered over Werder Bremen and out of the automatic relegation places with a 2-1 win over Union Berlin just before the winter break, ending a six game winless run in the process.

Erik Thommy’s 90th-minute winner was a massive boost for Dusseldorf and they have sought to build on that with recruitment this month, with forward Steven Skrzybski brought in on loan from Schalke. 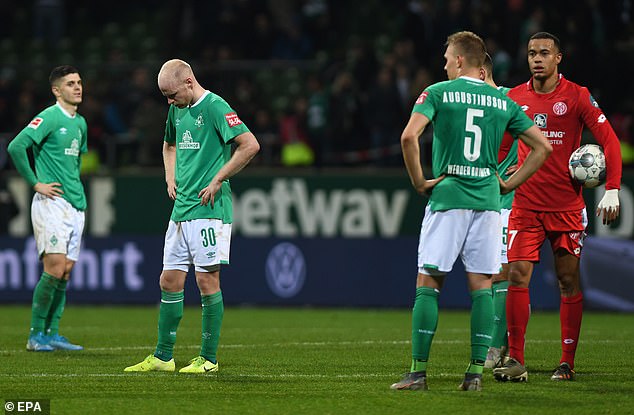 Coach Friedheim Funkel will hope Skrzybski can forge a good understanding with or provide back-up for Rouwen Hennings, who scored 11 Bundesliga goals in the Hinrunde despite Dusseldorf’s troubles.

Bremen enter this game seeking to avoid a fifth consecutive defeat, a dreadful run that has seen them slip from 13th into the relegation places.

Conceding goals has been their problem and 41 let in makes them the Bundesliga’s leakiest defence. When you look through the record books, few sides that concede so many survive relegation.

In an effort to strengthen the defence, Kevin Vogt has come in on loan from Hoffenheim but Werder could really do with their current injury problems to clear up.

Following a sluggish start to the season and a terrible run in late November and early December, things were looking up for Hoffenheim as Bundesliga action paused for Christmas.

Back-to-back wins over Union Berlin and Borussia Dortmund – a late turnaround thanks to goals by Sargis Adamyan and Andrej Kramaric – have left them on the fringes of the European places in seventh.

Just one point behind Bayer Leverkusen in sixth and just three behind Dortmund and Schalke, this is roughly where Alfred Schreuder’s team would have expected to be.

Interestingly, Hoffenheim have taken more points from the first 17 games of the season this time around than in their previous two campaigns under Julian Nagelsmann (27 compared to 25 and 26).

They will fancy their chances of recording a third straight win when they take on 15th-placed Frankfurt at the Rhein-Neckar-Arena.

Frankfurt may have thrashed Bayern Munich 5-1 in one of the most staggering results of the first half of the season but it didn’t do much good for their form.

Rather than gaining momentum, Frankfurt lost seven of their next eight games and have been afflicted by a series of injuries.

Daichi Kamada and Gelson Fernandes are the latest on the treatment table, picking up knocks during the club’s warm-weather training camp in Florida. 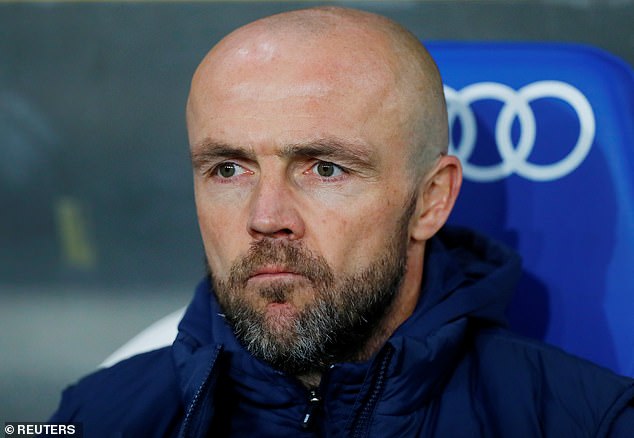 Freiburg will reflect on the first half of the season with great satisfaction as they unexpectedly reached the heights of second place at one point and remained in the top six until December.

But a three-game winless run, which included losses to Hertha Berlin and Bayern Munich, took some of the shine off.

Nonetheless, they still sit eighth in the table, within touching distance of the top six they frequented before Christmas and hopes of a top-half finish remain strong.

Goals have been split fairly evenly between their forwards Luca Waldschmidt, Nils Petersen and Lucas Holer during and they’ll hope all three can continue scoring.

Mainz lifted themselves from a poor start to the season but are still very much standing on the relegation trap door in 14th position, just three points above Dusseldorf in the play-off spot.

With tougher games against title chasers Borussia Monchengladbach and Bayern Munich lying ahead, Mainz could do with three points on Saturday to stave off these fears. 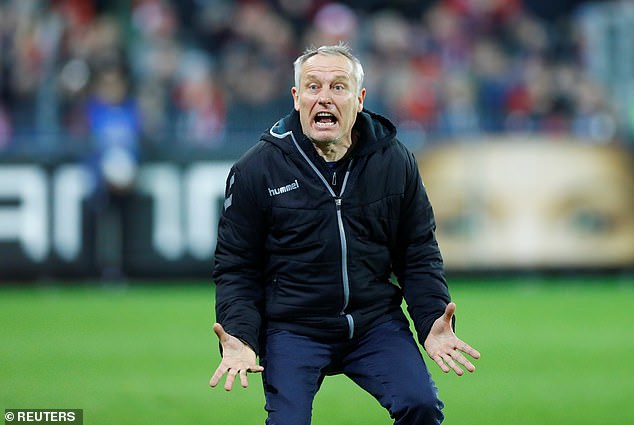 The return of league action following the winter break represents a huge moment in RB Leipzig’s season as they desperately aim to finally dethrone Bayern and look to make further inroads in the Champions League.

Leipzig, who sit top of the pile by two points above Monchengladbach, remain unbeaten in their last 12 matches in all competitions and will be hoping to continue from where they left off against a Union Berlin side desperate to steer further clear of the relegation zone.

Saturday’s visitors have lost their last two Bundesliga fixtures and will have to put up an extremely stubborn front to deal with the threat of Timo Werner, who has scored a remarkable 18 goals in the league – only Robert Lewandowski (19) has more.

Werner remains key in Leipzig’s title charge but young manager Julian Nagelsmann, 32, still thinks they are a way off from clinching the German top flight: ‘Winning the title would carry a lot more weight than doing it at my age, but we’re not good enough to go all the way as things stand.’

Whether Nagelsmann is speaking truth or simply trying to motivate his squad remains to be seen, but Leipzig’s stars will definitely want to prove that’s not the case as they seek to write their name in the history books in the second half of the campaign. 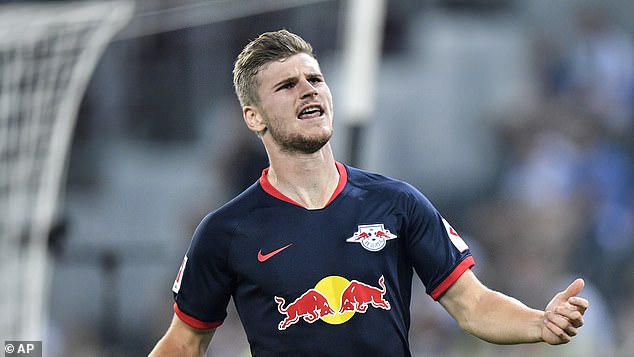 Bayern’s supremacy is under serious threat and they have a huge job on their hands to claim a remarkable eighth straight Bundesliga title following a difficult start to their campaign, which culminated in the sacking of Niko Kovac.

However, under Hansi Flick – who was appointed caretaker manager at the Allianz Arena in November – they have shown signs of returning to their emphatic best both domestically and in Europe, and have won their last three Bundesliga games while scoring 11 goals in the process.

And ahead of Sunday’s encounter with Hertha Berlin, they have been given a huge boost with Bundesliga top-scorer Lewandowski returning to full training just 25 days after having a minor operation on his groin.

The Poland international – recently named in UEFA’s Team of the Year for 2019 – is now in contention to start against Hertha after missing the winter training camp in Qatar, while Serge Gnabry may also make the squad despite suffering from an Achilles tendon problem.

However, the Bundesliga giants will not be expecting an easy ride against the 12th-placed Berlin outfit away from home, with Saturday’s hosts having kept three successive clean sheets in the league. 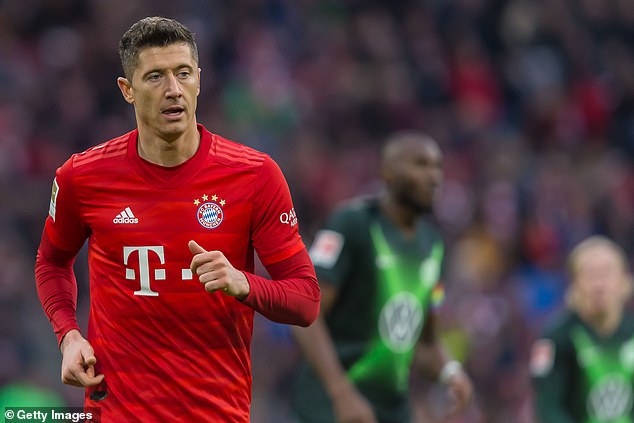 Paderborn’s task to secure their status in the Bundesliga next season seems near-on impossible already – they are currently rooted to the bottom of the table with just 12 points from a possible 51.

And things will get no easier for Bundesliga’s basement boys when they take on sixth-placed Bayer Leverkusen, who are aiming for a Champions League spot once again, on Sunday evening at the Benteler Arena.

However, Paderborn will have taken confidence from their narrow 2-1 victory over Frankfurt at home last time out, which was just their third win of the season having already lost a massive 11 times.

Furthermore, Leverkusen haven’t enjoyed the best time of late – losing three out of their last four matches in all competitions – scoring just once in that time, which will surely give Paderborn some hope in their desperate bid for survival. 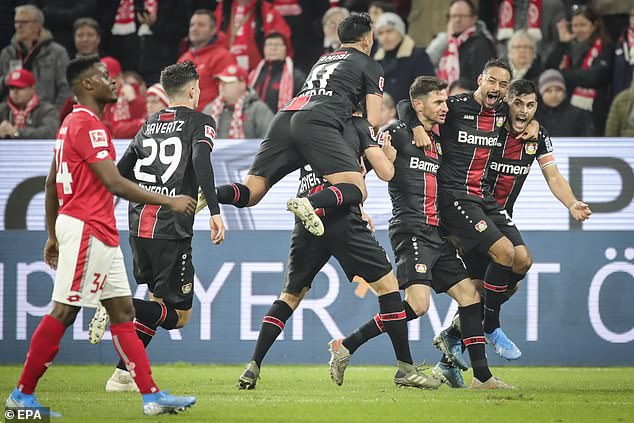