Chris Powell will continue in his role as one of Gareth Southgate’s assistant coaches for Euro 2020 despite taking up a new role in Holland.

The former Charlton manager has joined up with Alan Pardew at Eredivisie side Ado Den Haag placing doubt over his role within the England senior set-up.

Southgate had left the door open for Powell to continue his role despite his commitments abroad.

And Sportsmail understands the former England international will be staying on as one of Southgate’s key coaches going into Euro 2020 and the tournament itself.

Indeed, having made a committed to England, one of the reasons Powell agreed to work with manager Pardew in Holland was that the role allowed him to continue with the national team.

Powell joined the England coaching staff a part of a Football Association programme designed to ‘solve the challenge of under-representation’ of black, Asian and minority ethnic (BAME) coaches.

Meanwhile, the England team face the prospect of staying in three different hotels ahead of their Euro 2020 group games. 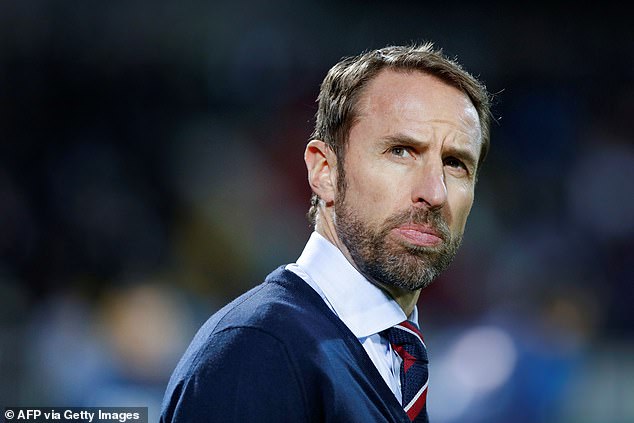 Southgate’s men will play all three of their pool matches at Wembley – but will train at their Burton-base in St George’s Park rather than London during the tournament.

After training on the day prior to matches, the team will travel down to a hotel in the capital.

But England have been prevented from selecting one London-base for all their group games, instead UEFA will allocate the hotels all teams stay in 24 hours before matches.

England are also facing the prospect of using the away dressing room at Wembley; something which will also be allocated by UEFA.