The 20-year-old has been a standout player for the French side this season with 12 goals in 23 appearances in all competitions.

And those performances have led Liverpool, Tottenham and Chelsea to monitor his progress, according to Sky Sports.

A January move is unlikely as Osimhen is keen to focus on helping Lille qualify for next season’s Champions League.

Christophe Galtier’s side are currently third in Ligue 1 behind Marseille and PSG.

Chelsea in particular were able to have a close look at the striker over two games against Lille. He scored in the 2-1 defeat at home, the first of two goals scored by the former Wolfsburg player in Europe. 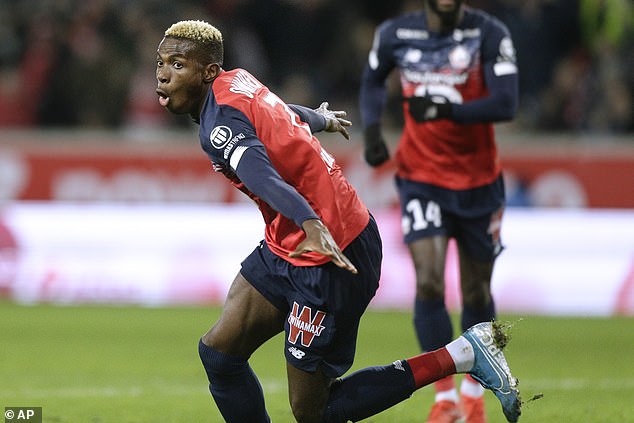 Osimhen struggled to make an impact in Germany after moving to the Bundesliga in 2017 and was shipped out to Belgian side Charleroi.

But he was almost immediately snapped up by Lille who were convinced of his potential and their faith is being repaid this term.

The Nigerian has also made a strong start to his international career with four goals in nine caps for his country. 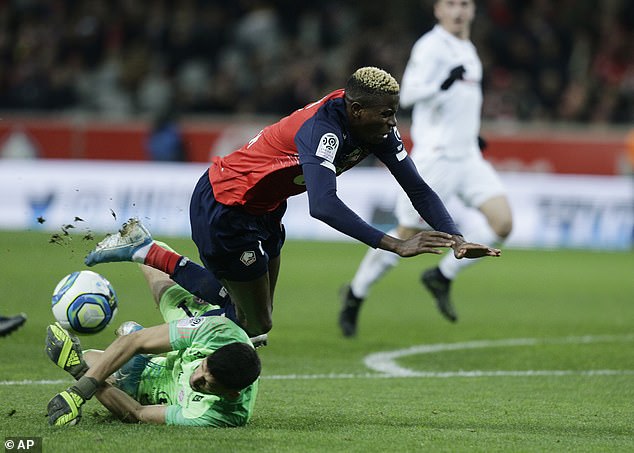