Fiorentina 1-4 Roma: Edin Dzeko on target as Giallorossi romp to victory and close gap on top three in Serie A

Roma closed the gap on the top three in Serie A with an impressive 4-1 win away at Fiorentina on Friday night.

Fiorentina sparked hopes of a comeback when Milan Badelj pulled a goal back before half-time but Lorenzo Pellegrini sealed the three points for Roma. 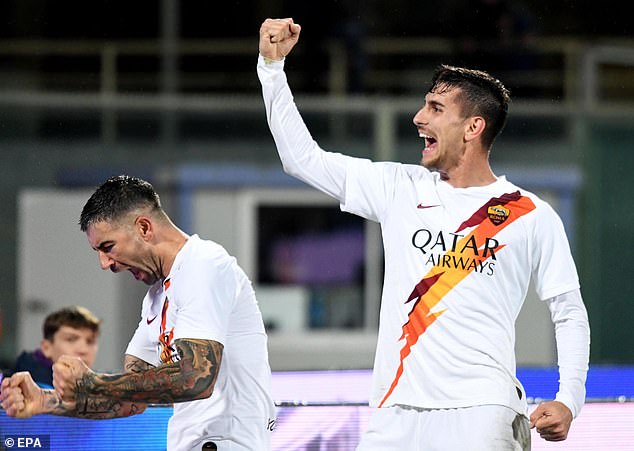 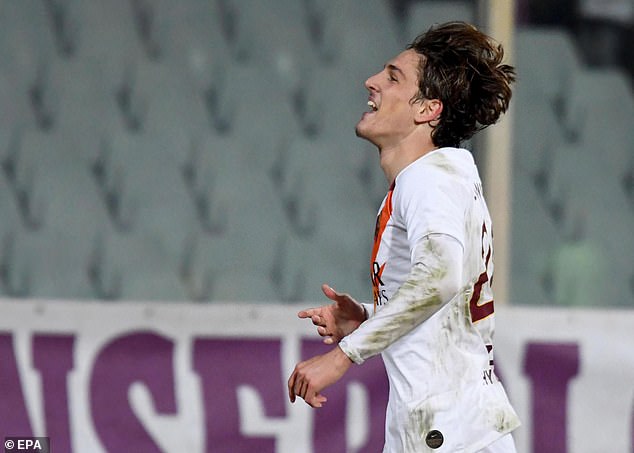 There was even time for Nicolo Zanioli to add a fourth on 88 minutes to rub salt into Fiorentina’s wounds.

Roma, fourth with 35 points, moved within a point of third-placed Lazio, who do not play in Serie A this weekend because of their Supercup match against Juventus in Saudi Arabia on Sunday.

Fiorentina, taken over by American billionaire Rocco Commisso during the close season, are 14th with 17 points, only four clear of the relegation zone.

Roma, beaten 7-1 on their previous visit to the Artemio Franchi stadium in a cup match in January, went ahead with a well-worked goal after 19 minutes.

Lorenzo Pellegrini set Nicolo Zaniolo away on the right and he crossed into the area for Dzeko to net from close range.

Two minutes later, Kolarov extended Roma’s lead by scoring from his third free kick of the season, curling a left-foot shot over the well.

Milan Badelj pulled one back in the 34th but Roma’s Pellegrini restored a two-goal lead by turning in Dzeko’s pass from the edge of the area in the 73rd. Zaniolo finished off a counter-attack for the fourth with two minutes left.